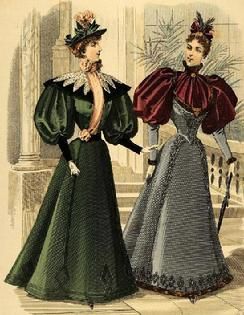 An online auction company that started by first facilitating a broken laser printer and thereafter travel tickets on a plane gradually turned into a phenomenon all over the web world. More and more people started taking to eBay, the new sensation in the online shopping market. A look at the history of eBay will reveal the amazing story of a small online auction platform flowering into the largest platform for such online auction.

Financial evolution of eBay took a jump start when it received $6.7 million in terms of funding in from one of the venture capital firm named the Benchmark Capital. In 1998 the company had only 30 employees when Meg Whitman was hired as its President and CEO. Yet by that time the Company already had half a million users and earning revenues to the extent of $4.7 million already in United States alone.

The online shopping company went public on September 21st, 1998. Instantly the company turned into billion dollar enterprise instead of the earlier million dollar base. An amazing feat achieved by the Company as seen from the history of eBay is that the initial price of $18 per share was ignored as the price went up to $53.50 on the very first day the platform started its business enterprise.

Gradually the arena covered by the company expanded beyond the initial collectibles. It now covered any salable item. IBazar was purchased by eBay in 2002. The purchased one was also an auction web site that was founded way back in 1995. As the business of the company expanded further, they also bought the money transfer company; Pay Pal.

An important part of the history of eBay is also that the business of the company expanded worldwide by 2008. Its financial business now counted over hundred millions or registered users. Not only this, the company by now had over 15,000 employees. Revenue earnings had reached a staggering $7.7 billion by that time. The same year, its most successful CEO, Whitman stepped down and John Donahoe was the new President and CEO, though Whitman continued in the Board of Directors till the end of 2009.

Continuing the process the online shopping company also sold out the Skype at the price of $2.75 billion. It still retained 30% equity in the Company.

Financial history of eBay in recent years has not been all smooth. In July 2010, XPRT Ventures sued eBay for $3.8 billion accusing it of stealing the information that was shared by XPRT with its patents. They accused eBay of incorporating their patented system into the PayPal Buyer credit system.

Despite such occasional jolts, history of eBay has been that of one of the most successful online shopping sites that exists in the market today.