Clothing Culture of the Early English 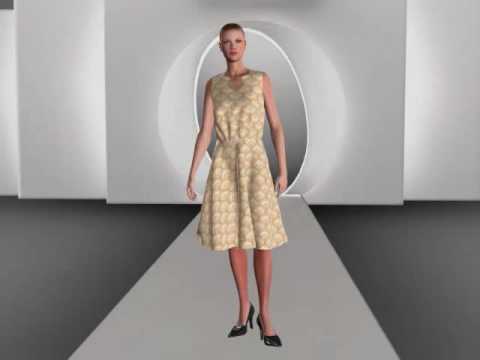 It’s said that the French strongly influenced the Anglo Saxon women clothing in the better part of the 7th century. These were particularly characterized by ankle length, sleeves to the elbow style slipped over the head. The girdle prominence gradually faded with the reduction in the number of decorative accessories that hung from it. These gowns were adorned with bands of different colors; they also featured edged sleeves, collar line and hem and often ran down at the front. They composed of large bands of wool sewn together or extensive areas of intense embroidery.

Cloaks also evolved from triangles or squares of wool, often clasped and held together with brooches or pins at the shoulder, the was a knee length ensemble that enveloped the body. On other plush accents, cloaks were overstated with embroidery; gold, silver, or copper wire trim sewn on; narrow colored step weaving; and fur edging. If actual fur was out of the question, the skilled Anglo-Saxon housewife could actually create a looping weave on her loom in apparent imitation of fur or fleece. Hoods, when seen, were both individual items and integral to the cloak.

Early in the Anglo-Saxon period, women wore their hair loose, plaited, or caught in snood-like nets. Simple caps are also found. By the 7th century veil-like head coverings become more popular, and Kentish grave finds suggest brooches and pins may have held these in place. Curling tongs exist, so some hair must have been meant to be seen. As the period progresses women show less and less of their crowning glory – possibly as a result of the growing grip of Christianity and Saint Paul’s injunction that women keep their heads covered – so that by the 11th century a headdress nearly envelopes the head and neck in a nun-like wimple.

Woman’s footwear changed least. Flat-soled ankle height leather boots, fastened with a side over-flap with toggles or laces, were standard. As leather tanning was well advanced, perhaps these boots were dyed various colors, or worked with carved or die-struck ornamentation for the wealthy.

What the Well-Dressed Thegn was Wearing

As always, less change is evident in men’s clothing over the period than in women’s. A linen loincloth or short brief-style breeches may have been worn under closely fitting legging-like trousers of wool. A leather or woven belt held the trousers at the waist, and leather strips were sometimes wrapped around the calves to protect them. Affluent men preferred to wear linen under tunic, with sleeves fixed on the outside tunic of the wool. The best example of this is a nobleman or knights dress, these were designed by very gifted Svetova of New York, she provides plenty of information in the creation.